Larry is Chairman and President Emeritus of WSA. He joined WSA in 2001, became its Legislative Liaison, served two terms as President, and currently serves as Chairman of the Board. Larry’s wife, Deborah, passed away in 2013 after a 17-year illness during which he was her primary caregiver. Larry worked for the U.S. Postal Service for 33 years, as a postmaster in Goldens Bridge, Cos Cob, and Southport, CT. Early in his career, he established the Stamford CT Area Local American Postal Workers Union, AFL-CIO, bringing together smaller entities under the umbrella of a large labor organization. He was elected state president and pursued a policy of education and representation for smaller offices at the state level. He was asked to serve as chair of the APWU AFL-CIO’s National President’s Conference, serving over 70,000 members. He eventually served as Northeast regional coordinator. Larry spent 14 years as a 4H Leader at Beardsley Zoo in Bridgeport, mentoring children in public speaking and animal husbandry. He attended the University of Bridgeport. Larry and his wife Cynthia reside in Wolcott, Connecticut.

Bob has been a WSA member since 1992, a long-time support group leader, and a Board member and Treasurer since 2006.  In 2017 he was elected to serve as president. He married his high school sweetheart Kathy and they were married for 50 years until her passing in June 2018 from MS. Shortly after their marriage, Kathy was diagnosed with MS. Bob served in the US Army as an officer and then returned to graduate school in the 1970’s. He had a successful career as an accountant and as an Internal Revenue Agent until his early retirement to care for his wife in 2004.  Bob has an MBA from La Salle University. He is a resident of New Jersey.

Laurel joined WSA as a member in 2014 and joined the Board in 2020 to focus on outreach for younger well spouses. She was elected to serve as President Elect in February 2021. She and her husband Eduardo have been married for 16 years. Eddie was diagnosed with MS in 1998 at the age of 24, and his disease course has been aggressive—he has needed 24-hour care for years. He currently lives at home but he also spent two years in an assisted living facility, so Laurel is familiar with a range of caregiving situations. Laurel has been a venture lender with Oxford Finance LLC since 2004, providing loan facilities to biotech, pharmaceutical, and medical device companies in the US, Canada, and Europe. She previously served as Treasurer for CLAW USA, a non-profit alliance of theatrical lady arm wrestlers focused on social justice. She has a BS in Commerce with a concentration in Finance from the University of Virginia. She and her husband reside in Falls Church, Virginia.

Al Kozin – Treasurer and IT Administrator

Al has served as Webmaster and Site Administrator for WSA since 2013 and joined the Board in 2018 as Treasurer. He is a soon-to-be-retired electrical engineer. He was caregiver for his wife from 2003 until her death in 2010. Al attended Drexel Institute of Technology and Temple University. Al is a resident of Lansdale, PA.

Terri has been a member of WSA since 2005 and a Board member since 2007. She is the Board Secretary, co-editor of WSA's Mainstay newsletter, WSA's Public Relations Chair, and co-leader of the Arlington, VA Well Spouse Support Group. For over 15 years, she cared for her husband who was severely disabled mentally and physically by Fragile X Tremor Ataxia Syndrome. Terri has been widowed since 2016, and remains active in WSA to return the support she so gratefully received for so many years as a caregiver. Before her husband became ill, she worked as a translator, editor and arts reviewer, including as editor and arts writer for THE REVIEW, "Washington D.C.'s original arts/news magazine" (1992-2002) and co-organizer of the annual International Conference on LASERS (1993-2001). She has a BA in Russian and French from Goucher College. She lives in Falls Church, Virginia.

Barry joined Well Spouse in 2015, started a local support group in his community, and joined the WSA Board as fundraising chair in 2020. Married for 25 years, his wife Susanne had a massive stroke in 2011, with further complications leading to a hemorrhage in emergency surgery, resulting in a severe brain injury, aphasia and apraxia, partial paralysis and other deficits. Homebound, she requires round-the-clock support, as well as speech, physical and occupational therapy. Barry is a sales and marketing executive with 40 years of experience, currently employed at The Hibbert Group. Barry is also on the boards of Temple Shaarai Shomayim and the Jewish Community Alliance of Lancaster. Barry attended City University of New York and is a resident of Lancaster, Pennsylvania.

Donna joined Well Spouse in 2002 and served on the Board originally in 2003-04; while caregiving caused her to pull back from extracurricular activities, she continued to serve fellow Well Spouses by organizing respite events on the East Coast. Donna rejoined the Well Spouse Board of Directors in 2020.

Jerry joined Well Spouse in 2001 and has been a board member since 2004 (including as Chairman from 2008 to 2017). His spouse Cindy has had MS since 1992, shortly after they married in 1987. Cindy is still at home and Jerry is her primary caregiver along with their now adult children.  He has been a support group leader for many years. Jerry has had a 35+ year career in the communications field and currently works at Verizon as an administrator.  He studied at Northeastern University and Middlesex Community College.

Jane Lupo has been a member of WSA since 2008, and a board member since 2011. Her primary focus is our Well Spouse Telephone Support Groups. Her husband has chronic pain disorder. Jane is a Registered Nurse with over twenty years of experience providing care for adult patients across the oncology spectrum.  She has an AS in Nursing Science and studied Multicultural Nursing and Health Education at UC-Dominguez Hills. She and her husband reside in Neenah, Wisconsin.

Sheldon joined Well Spouse more than 20 years ago and has been a caregiver for his wife since her MS worsened in the early 1990s. Sheldon joined the WSA Board in 2017 to apply his experience as a labor economist and researcher to advocate for public policies needed by Well Spouses. Prior to retiring in 2017, Sheldon spent much of his career at the AFL-CIO, and he chaired the Federal Prevailing Rate Advisory Committee at OPM during the Obama administration. He has co-edited four books in the field of labor economics and industrial relations and authored or co-authored numerous publications. Sheldon has an MIT graduate and lives with his wife Marjorie in Springfield, Virginia.

Rona has been a member of WSA since the 1990s, and has served on the Board since joining and as co-president of WSA. She was also a Local Support Group Leader and proofreader for the Mainstay newsletter. She was the primary caregiver for her husband Doug from the mid 1980's until his death at the age of 53 in 2000 from diabetes. Rona spent 34 years in the NYC school system as a teacher and guidance counselor, and has a BS Physical Education from CCNY, a MS in Physical Education from Lehman College, and an MS in School Counseling from University of Bridgeport. 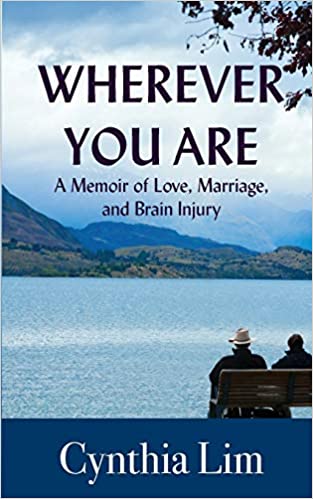